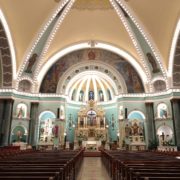 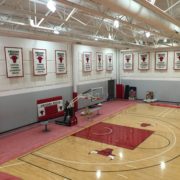 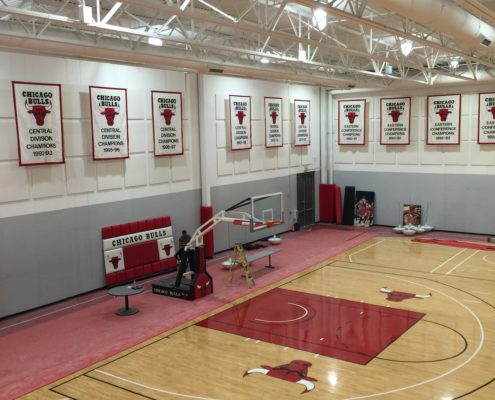 Twin Supplies recently completed a lighting renovation project of the main gym and workout areas at the former Chicago Bulls practice facility in Deerfield, IL. The project was paid for in part through the Smart Ideas for Your Business incentive program offered by ComEd, known as the Small Business Energy Savings Program (SBES). The balance of the project was paid for by the new owner of the facility, Event Creative of Chicago, IL.

According to Mr. Sean Cannon, co-partner of the New Venue One North Shore as the facility will now be known, “We’re very happy with the new look of the facility. I’m really glad (Twin Supplies) pushed the project through with us here at Event Creative.”

Replacing the existing metal halide lights in the gym and workout areas with LED “Spun Bays” from Lumecon Corp. in Farmington Hills, MI reduced the wattage in those areas by 83% (50,760W to 8,460W). The total project cost was $54,732 with incentives from ComEd totaling a whopping $33,840 and resulting in a total out-of-pocket cost for Venue One of $20,892. Estimated annual electrical savings are $14,545 making the simple ROI of this project just 1.4 years or a little over 16 months.

As estimated by the project workbook provided by the Smart Ideas for Your Business incentive program offered by ComEd, the environmental benefits from replacing 47 gym lights with LED luminaires is the equivalent of 28 less cars driven per year; or 15,078 gallons of gasoline saved; or even 18.4 tree seedlings grown for 10 years – truly an environmentally friendly event if there ever was one.

Do you want to see the results for yourself?

Come check out the amazing new look at a former sports facility that once was the basketball center of the universe during the Chicago Bulls championship runs of the 1990s—Venue One North Shore in Deerfield, IL.